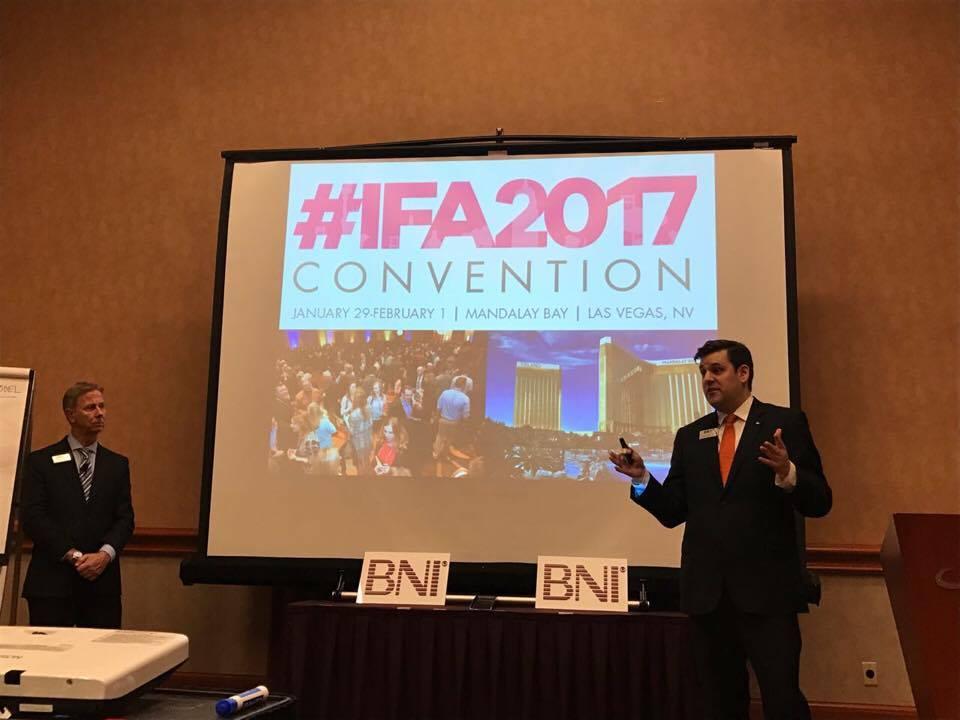 For the first time in organization history, BNI Global invited franchisees from around the world to participate in an Advanced National Director Training in Las Vegas, Nevada, USA, from January 27 through 28. Over 40 BNI country heads attended the training, which featured a presentation by the International Franchise Association (IFA) in advance of their 2017 Convention, also hosted at the end of January in Las Vegas.

Members of the IFA team shared with BNI representatives best practices in international franchising, and the upcoming IFA Convention, where BNI represents one of the largest global delegations in attendance.

Many thanks to the IFA representatives for sharing their expertise and time with BNI country leaders. Those who presented for BNI include: Robert Cresanti, IFA President and CEO; Scot Lehr, Senior Vice President; Josh Merin, Director of International Relations; and Paul Rocchio, Vice President.