$18.6 BILLION IN BUSINESS FOR BNI® MEMBERS WORLDWIDE PROVES THE POWER OF WORD-OF-MOUTH NETWORKING

BNI® (Business Network International), the world’s leading business referral organization, today publicly announced that BNI Members worldwide generated over $18.6 billion in revenue in 2021 alone. This revenue occurred via 12.4 million referrals between Members who represent hundreds of professions from financial advisors to photographers to electricians. * BNI Members meet online or in-person every week in over 70 countries to learn about each other’s businesses and to refer valuable new clients through the power of word-of-mouth networking.

BNI Members worldwide generated over $18.6 billion in revenue in 2021 alone via 12.4 million referrals.

BNI, founded in Arcadia, California in 1985, has become the largest and most successful networking organization in the world. For 37 years, BNI has supported businesses through some of the most difficult economic times in the world’s history and has provided a proven system to help its Members grow their businesses. In December 2021 alone, BNI Members worldwide created more than $1.9 billion USD in revenue via over 940,000 qualified business referrals. All this economic growth helps power BNI Member-businesses forward, one word-of-mouth referral at a time.

“Learning how to market my business through weekly presentations and feature presentations has opened my eyes to the possibilities of networking,” says Sue Todd, an independent skincare consultant in Anchorage, Alaska who has been a Member of BNI since 2017. “More than anything, I have enjoyed building a network of professionals that I am confident referring business to, as each has made the same commitment I have to our code of ethics. I am now a go-to person, and it feeds my soul to send business to fellow Members. A third of my own customers are a direct result of BNI.”

In the US each year, on average, BNI Members generate over $50,000 in revenue each via over 30 valuable new client referrals. “BNI Members are the best economic stimulus there is. The valuable referrals they generate for one another will continue generating more opportunities for months and years to come,” says Graham Weihmiller, BNI’s Chairman & CEO. “Congratulations to BNI Members worldwide on the significant business generation done in December and over the last year – great work!”

*This information is based on historical BNI Member self-reported data as of January 7, 2022 and represents collective results from BNI Members worldwide over the last 12 months. 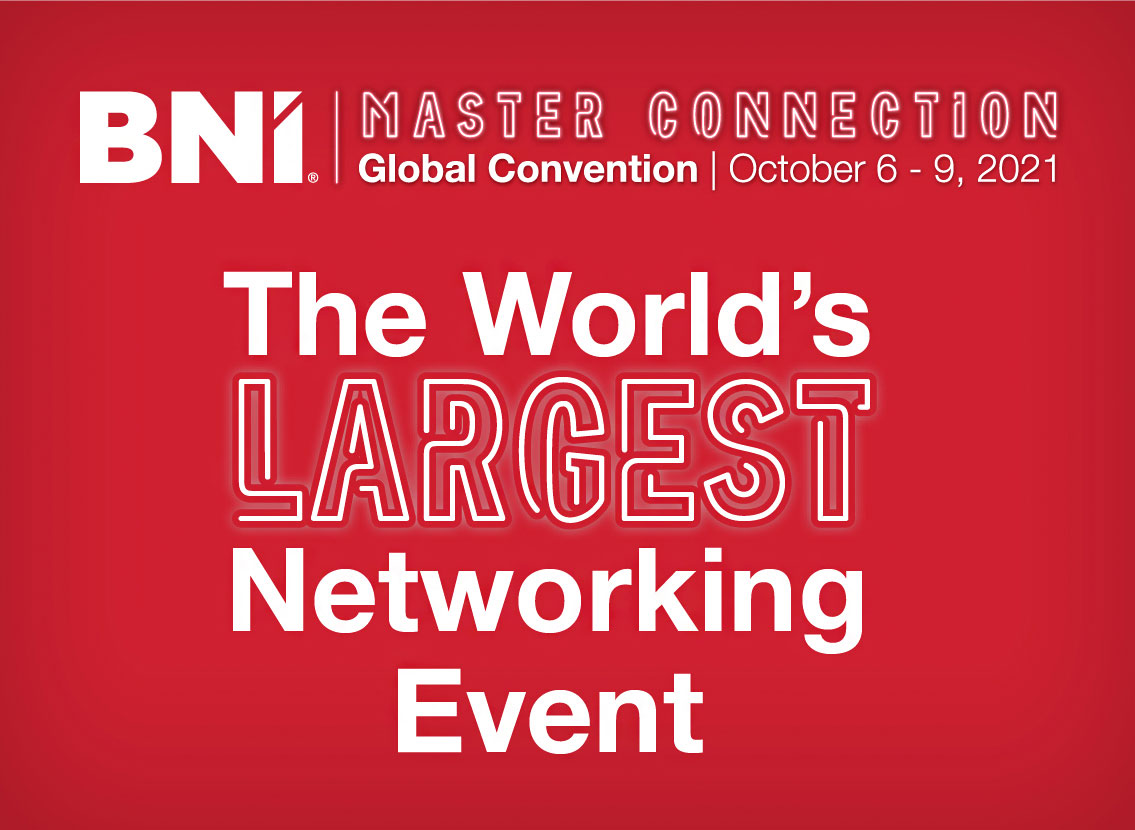 BNI’s 2021 Master Connection Global Convention has transitioned to a 100% virtual event. Join us for The World's Largest Networking...