Reflections of a BNI Alum 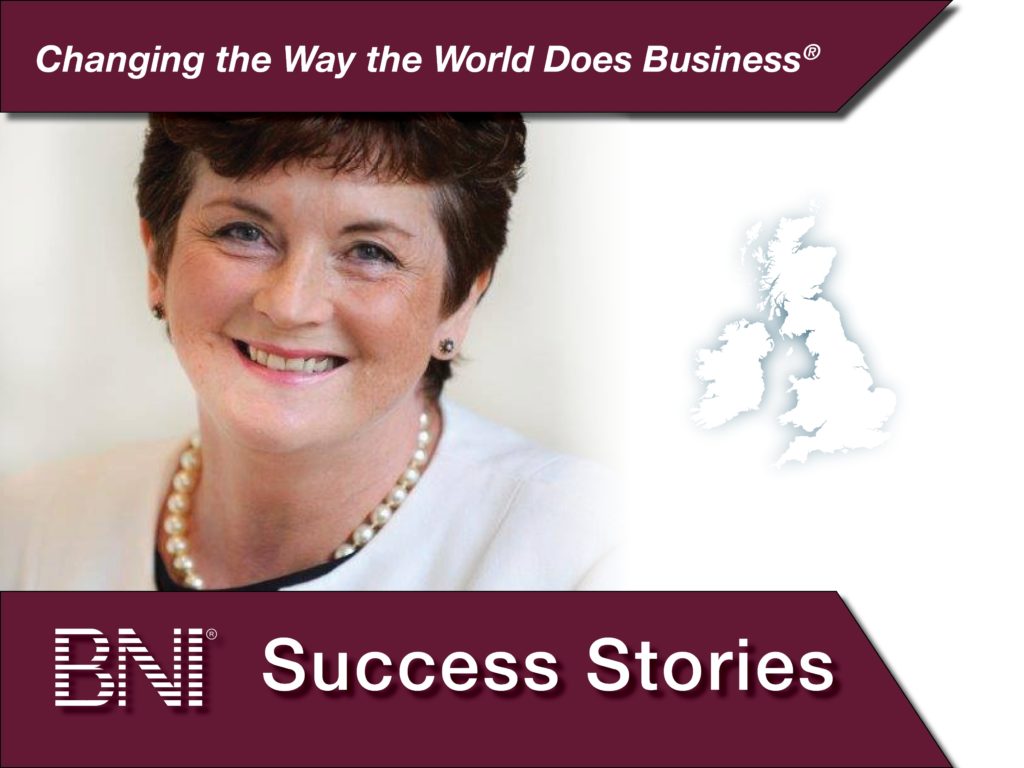 The BNI family includes both current Members and former Members. It’s always a pleasure and an insightful experience when we get to hear from our cherished alumni.

Former BNI Member Mary Irving from Eastbourne, UK recently shared details of her 15-year journey with BNI and how she was once known as her chapter’s “longest standing member in BNI”.

Mary joined BNI in 1995 with an open but anxious mindset, she felt “so nervous that I couldn’t even eat my breakfast”. As she began building those essential relationships with other Members, her confidence began to grow. Mary even started taking on a mentorship role for Members who displayed those similar, anxious tendencies. Concern shifted from her own presentation skills to her fellow Members’, which led to her joining the leadership team. In this role, she made it her mission to help Members perfect their weekly presentations and internalize the Core Value of Lifelong Learning with recommended readings from Dr. Misner and other BNI Leaders.

As many Members often mention, Mary’s time with BNI led to growth both professionally and personally. A year after joining, her father passed. Despite being the youngest sibling in her family, her growth with BNI allowed her to confidently deliver her father’s eulogy.

After 15 years of dedicating herself to BNI, Mary transitioned into an alumni, though she left an incredible influence. 8 years after leaving BNI, Mary still receives leads from Members of her former chapter. After years of dedication, BNI had helped Mary to become known as an expert in her field.

In addition, as a reflection of 15 years of Building Relationships, Mary has recommended individuals to BNI for Membership. Her niece, a hypnotherapist and counsellor, moved to Canada and joined BNI under Mary’s advisement. This kick-started her niece’s career and led to an extensive network of friendships.

As Mary reflects on her time with BNI, the benefits of Membership and BNI’s Core Values become clearer. You not only grow your business, but you grow your character and become a respected thought leader and mentor.

With fond memories and a passion for BNI, Mary would also like to thank Dr. Misner for his commitment to all BNI Members worldwide.