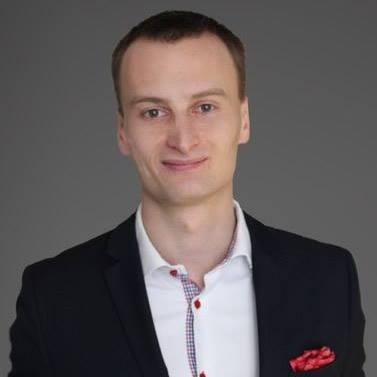 I have been working for UFS Group, a financial adviser firm, as a partner for years, and have been a BNI® member for over a year, although my road to become a member was not so easy.

Besides my financial advisory work, I was teaching financial basics and company management for young adults. As team leader, I usually spent a day each week with my students, from whom I first heard about BNI. Due to the fact that some of them have already been members, they talked about the organization among themselves but nobody invited me to attend a chapter meeting as a visitor. Back then I felt that visiting BNI was an opportunity that needs to be grabbed, so I registered myself via the website and attended the first meeting in April 2015.

The atmosphere, the fellow members and the idea behind the organization were all convincing, but what truly inspired me to apply was the business opportunity. At the meeting, members gave thank you cards to each other worth 35 million Hungarian forints (about $118,000 USD). Sitting there, I was thinking that if within a year I could be able to achieve only 10 percent of this amazing result, the decision to join would be worth it for me. These experiences proved to be more than convincing so I immediately applied, and a month later participated in the chapter meetings as a member.

What’s more, the opportunities available appeared so great that another firm I chair, BiztosAcél Kft, was also integrated slowly into the Fehérvár chapter. In the first half of 2016, nearly 30 percent of the firm’s income was achieved due to the referrals and new social capital of BNI.

As with everything else in life, BNI membership only works when we are active in it. Paying the membership fee and waiting for a miracle is not enough, because it will not arrive. The more shows up and works for success, the more they become known and can generate more opportunities. One of the best ways of becoming visible is taking active part in the life of the chapter. I became the chapter’s Education Coordinator after three months, then I was part of the Membership Committee, and since April 2016, have supported our members as Chapter President.

One of the important things I have learned is that BNI is a marketing technique, which you can use the way you want. If you do not put anything into it, there won’t be any results. So if you do not take advantage of the opportunities provided by networking, it is a waste, but if you are active and participate, it can be repaid in a short period. It depends only on me, if I spend time on it. If I do something, I do it full swing. I do not pay to sit there, but I sit there to help the time, energy and capital invested get repaid.