How Do You End a Conversation? 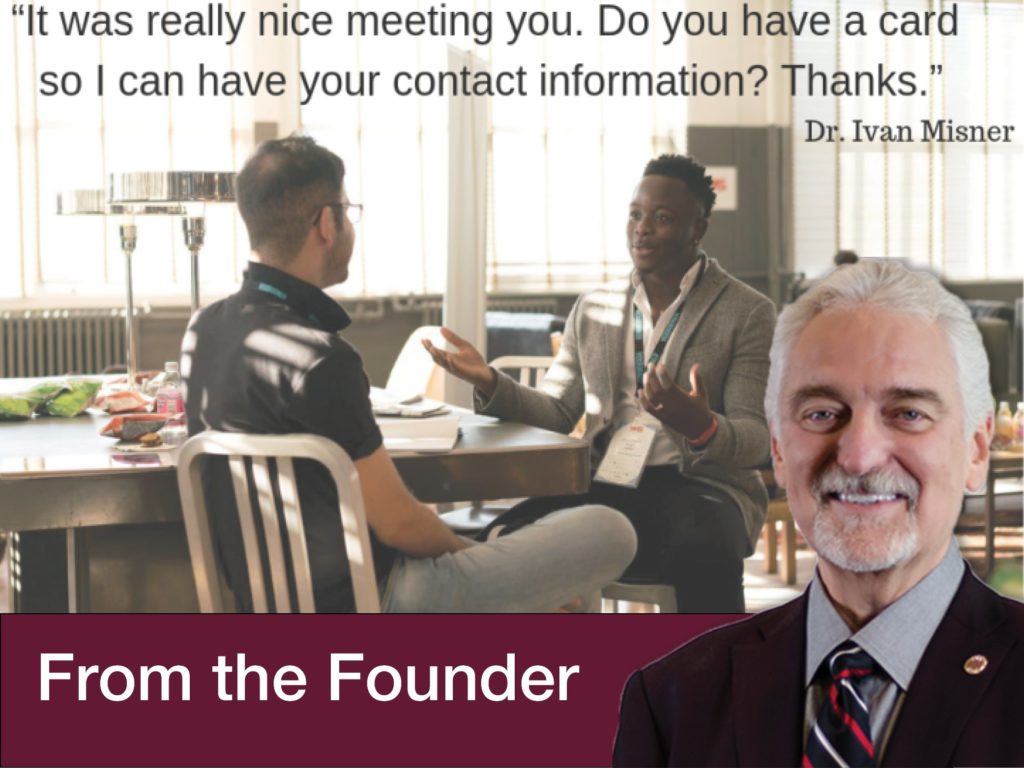 As the Founder of BNI (the world’s largest referral networking organization), I often get asked about the best way to end a conversation in a networking situation. Candidly, I think the answer is pretty simple.  So, I’ll start this piece with the “simple solution” and then for those of you who love to over-think things – I’ll give you some other options.

For those of you who want more – I’ve read all kinds of “exit lines” and unless they are absolutely true – I don’t recommend most of them.  Keep it simple and keep it honest.  OK, you want to know what some of those other lines are – here you go:

Anything like the above is ok but don’t fib.  If you really have to do something tell them.  Otherwise, simply doing what I say in #1 above is perfectly ok.

Whatever you do, don’t “Seinfeld it!”  One of the really funny things on the old TV series Seinfeld was how the characters would go off on some crazy, complicated subterfuge or ruse and end up getting in more trouble than if they had just been candid to start with. Be polite, but be honest and direct. “Seinfelding it” almost always fails and both you and the other person end up uncomfortable.

Remember – don’t overthink this.  Be polite and friendly.  Don’t make excuses and politely move on.  The real key is how you follow up.  But that’s a different article.