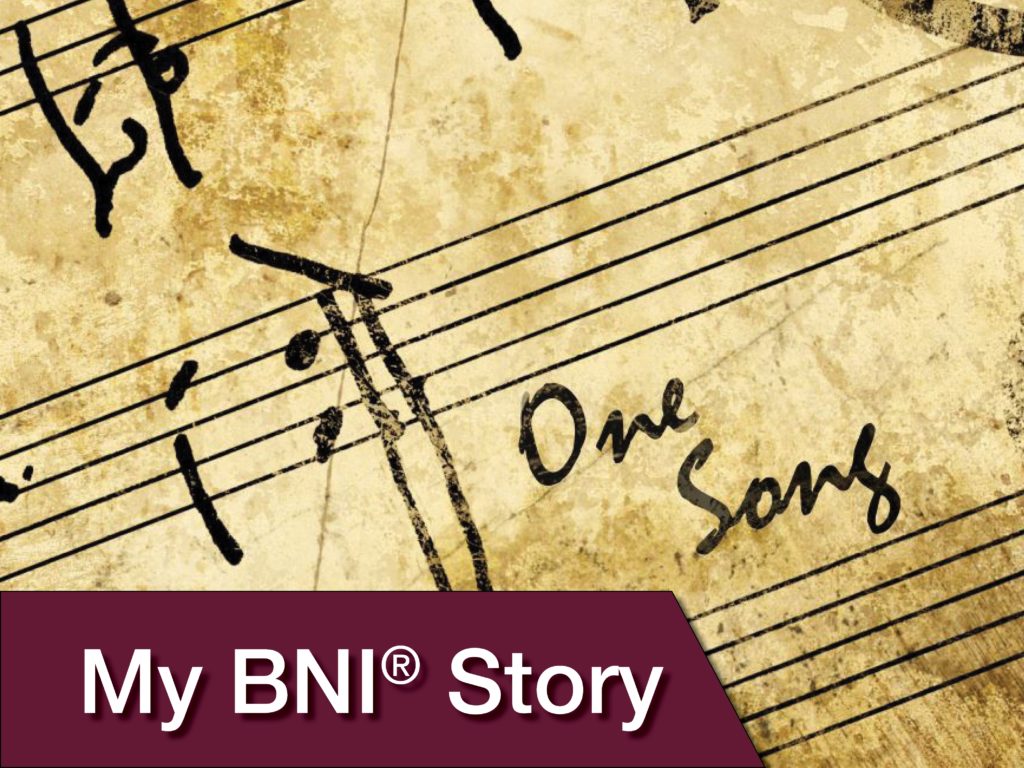 This Member Success story was submitted by Josh Hilton, Member of the Best of West Seattle chapter in Seattle, Washington, U.S.

I’m a proud member of The Best of West Seattle chapter in Seattle, Washington, United States. I’m also the owner of One Song Studios, a video production and video marketing company. I started One Song Studios after years of creating video for some of the biggest companies in the world and from a desire to take that experience and knowledge and help small businesses grow with video.  I see online video as a great equalizer and it is my goal to partner with small businesses and to implement video strategies that will help them surpass much larger competitors.

I have been in BNI for about 7 months at this point, and it has been an awesome experience. My BNI story starts with a great mentor, Erin MacCoy, who initially invited me. Through the selflessness she displays with everyone in the chapter, she has been a tremendous inspiration for all of us. She has also been a great catalyst for my business with key introductions to contacts and a seemingly endless source of valuable information.

Initially, I wasn’t sure if I’d be able to network. I’m usually the guy behind the camera, extremely introverted and about as far from excited about public speaking as you can be. My chapter has thankfully been very supportive and created an environment that is very welcoming and encouraging. Now I have no problem getting up at this chapter, or any other chapter that I visit for that matter.

To me, the real value of BNI is in the intangibles. The things that never crossed my mind when I joined have become the most important to me. The friendships I’ve made, the advice that I’ve gotten from more seasoned business owners, and the confidence that I have built have been unparalleled.

My number one priority at One Song Studios is in producing video that creates an emotional connection with the audience. I believe this is the keystone to building trust with and growing any business’ customer base.  Little did I know when walking into my chapter for the first time that an emotional connection was about to happen to me, but it did. And that just further proves my point.

Check out this video that Josh produced for his chapter.

We are very excited...

A Weekly Antidote to Social Isolation